A huge THANK YOU to Mr Hefner from the Steinmetz Alumni Association for keeping the print version of the Steinmetz Star going! Thank you for being so supportive of student journalism.

CHICAGO — It’s not every day a high school can say Playboy founder Hugh Hefner came to save the day.

But that’s what happened at Steinmetz High School in Chicago’s Belmont Cragin neighborhood, where Hefner, a Class of 1944 graduate, got his start in writing and publishing.

Hefner sent the school’s newspaper, the Steinmetz Star, a pledge of $37,500 over five years (or $7,500 a year) to preserve the paper’s more-than-80-year tradition of printing after Chicago Public Schools officials announced in December the Star’s print edition would have to cease because of cost concerns. 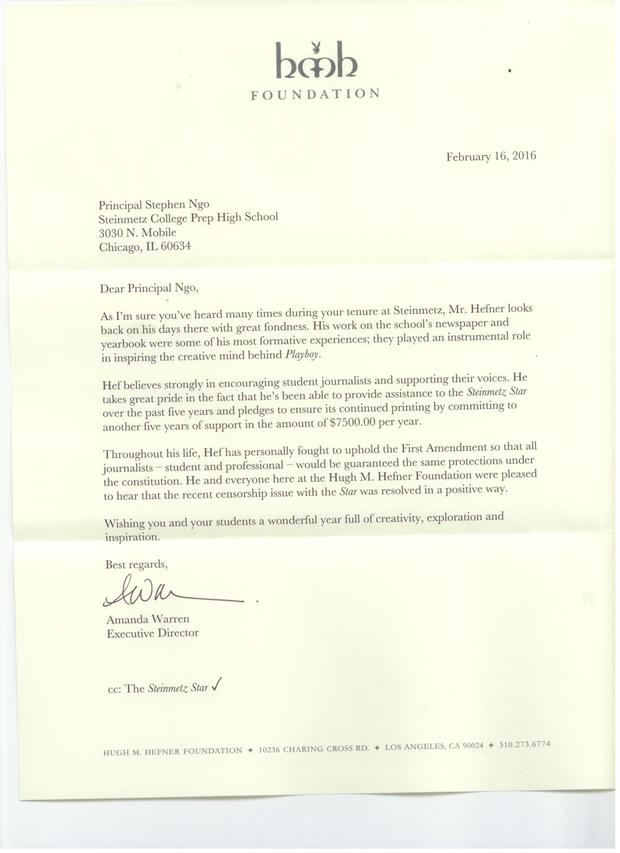